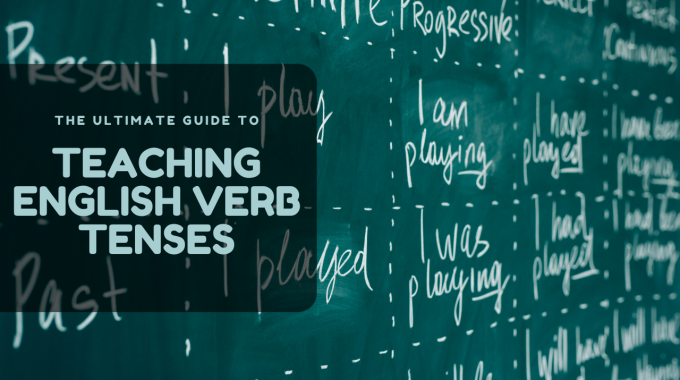 English verb tenses can be confusing, even for English teachers! Here is an extensive grammar guide to help you differentiate the most common verb tenses in English.

1) Things that are always true.

The sun shines bright in the sky.

I play football every Saturday.

3) Permanent situation (at least for the moment).

I live in México.

He dribbles the ball and scores!

The train leaves at 6pm.

She is meeting with her boss.

I am working at Google.

He’seating a lot these days.

1) Action started in the past and hasn’t finished yet. (Uses ‘for’/’since’)

She has known him since she was 5 years old.

2) Action happened at an unspecified time in the past.

We have visited Paris already.

3) Repeated actions in the past.

They have gone to the zoo three times.

4) Past action which has an effect on the present.

1) Action began in the past and is still continuing.

She has been studying English for two years.

2) Action began in the past and just finished.

I’ve been waiting for you.

3) Repeated actions that began in the past and still continue.

They’ve been visiting Disneyland every year since she was 5!

1) Finished action in the past at a specific time.

We watched a movie at the cinema last night.

He fell off the bicycle!

If I won the lottery, I would travel the world.

He was walking home when it started raining.

The sun was shining and the birds were singing.

She was constantly arriving to work late.

4) Describe what was happening at an exact moment in the past.

At 10pm, they were getting ready for bed.

1) Action finished before another action in the past.

When we arrived, they had already eaten.

2) A period of time before a point in the past.

By the time he graduated, he had lived in New York for 4 years.

3) Unreal situation in the past.

I wish I had studied harder! (Meaning I didn’t study hard.)

1) Action that started in the past and continued until another past action.

She had been studying at that school for two years when she met her boyfriend.

I will go to a party tonight.

I think it will rain tomorrow.

If it doesn’t snow tomorrow, we’ll go to the park.

I’ll be waiting when you arrive.

2) Something that will happen in the future and continue for a period of time.

The president will be making his speech tomorrow.

1) Action began in the past and will finish before some time in the future.

By 10p.m, she will have finished my work.

2) Prolonged action until a point in the future.

When we get married, I’ll have known my husband for 10 years.

1) Action that started in the past and continues to a point in the future.

In December, he will have been teaching for 10 years.

2) Action continued up until a specific time in the future.

At 6 o’clock, I will have been waiting for an hour.

We hope this guide will be useful in your future English classes!

“An investment in knowledge pays the best interest”, is one of the most well-known quotes…

5 Skills Great Teachers Must Have (Part 2)

15 Halloween Idioms You Should Teach Your English Students

Halloween is just around the corner! It’s a major celebration on October 31st that many…